TechYoY » Technology » What Is the Difference Between a TLC and QLC SSD?

What Is the Difference Between a TLC and QLC SSD? 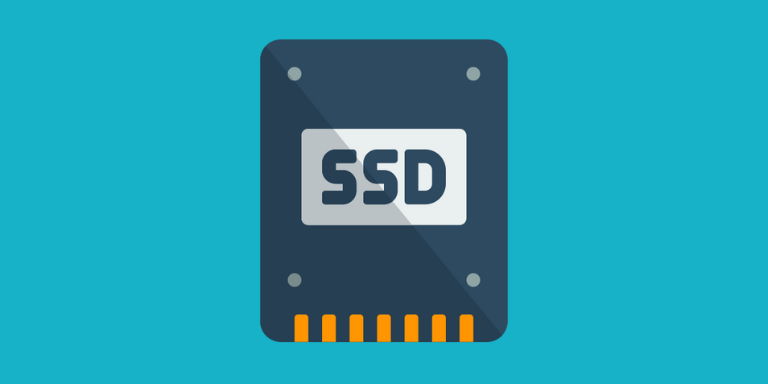 Solid state drives or SSDs are among the most popular storage devices today. Consumers and businesses have been upgrading to SSDs. Thanks to their incredible performance in terms of speed, reliability, and energy efficiency. Most people buy SSDs thinking that they are all of the same design. This explains why many consumers, especially the less tech-savvy ones, do not pay attention to the various SSD types or how they work before buying.

This post will explore the differences between the two most recent NAND memory types, the TLC and QLC SSDs. If you are new to this, we’ll get you started with the characteristics of SSDs, pros, cons, and everything in between.

SSDs are an immediate upgrade from hard disk drives (HDD) that we introduced in the late 1950s. Unlike HDDs, SSDs store data in IC (integrated circuit) assemblies, and since they have no moving parts, they are silent, more durable, and energy efficient. SSDs also have shorter boot-up times, making them ideal for running heavy applications and transferring files. However, SSDs are costlier than HDDs.

Early SSDs used dynamic random access memory or DRAM, but modern-day SSDs use NAND flash memory. The NAND technology is non-volatile and uses memory cells to write and hold data. And while DRAM is faster than NAND technology, the latter is cost-effective and offers advanced performance options since it can retain stored data even when power is disconnected.

There are four types or generations of the NAND flash technology. These are: QLC (quad-level cell), TLC (triple-level cell), SLC (single-level cell), and MLC (multi-level cell) SSDs. The SSDs are named with respect to the number of bits they hold per cell. For instance, TLC holds three bits in every cell while QLC holds four bits. In other words, QLC has 1.3 times more capacity than TLC. Below is an in-depth comparison.

With NAND flash memories, the more bits an SSD can store per cell, the greater the storage capacity. You must first understand how these flash memories work to better understand which is ideal for your unique use cases. TLC and QLC, just like MLC and SLC, all use an electrical charge to erase and write data at the byte level.

TLC devices are often considered ideal for several enterprise applications, thanks to their delicate balance of performance and durability. And due to the nature of writing and erasing data on the memory cells, TLC goes through fewer write/erase cycles than QLC. These cycles are known to damage the flash memories’ floating gates. Ideally, TLC has better durability than QLCs.

Another aspect to note with TLCs is that they are ideal for write-intensive workloads. The less per-cell storage demands mean it takes a shorter time to write data on every cell than with QLC. Similarly, TLCs are less error-prone in write performance and do not rely heavily on error correction. You can also check the TLC vs. MLC comparison for further understanding.

On the other hand, QLC writes four bits on every cell; hence it has a higher capacity than TLC for the same physical footprint. This makes it easier to expand the QLC storage without incurring extra costs. Writing more bytes per cell also translates to significant cost savings per gigabyte. But the speed and durability aspect makes QLC less popular in write-intensive deployments. Instead, they are ideal for read-intensive use cases, primarily where the data is written only once. These are the main differences between the two:

Contrary to popular opinion, TLC and QLC devices rarely compete; rather, they complement one another. While TLC is focused on write-intensive workloads, QLC leans more toward read-dominant applications. Both these NAND flash technologies are replacing HDDs, and the trade-off between endurance and throughput is slowly losing significance. For instance, modern QLC devices come with data buffering and wear leveling technologies to boost durability and endurance.

Additionally, several applications around big data analytics, machine learning, and video streaming are predominantly read rather than write functions. This minimizes the need for flash durability since QLC memory cells only wear while writing data. As more enterprises embrace digital transformation, they will need both TLC and QLC devices to store, retrieve and manage their data effectively.

Now that you know the differences between TLC and QLC devices and their ideal use cases, you may be curious to know their typical use cases. The first thing to keep in mind is that both devices can mutually exist in the same enterprise.

10+ Best Vibration Apps for Massage for Android and iOS

What is Hybrid Inkjet Printing

Why Is Security Service Edge (SSE) Essential for Businesses?

Quality Laptop Is a Must for Web Development and Design: How to Pick the Right One